In the vegetation belt at the base of the mountains - basal strip - vast and luxuriant pastures alternate with land cultivated with potatoes, wheat, rye, meadow, orchard, and extensive forests in which the Calabrian larch pine, simply ‘pine’ in the Silane jargon, finds its ecological optimum and dominates uncontested reaching, in the less anthropized areas, majestic dimensions as in the localities Fossiata and Cozzo del Principe (CS), Roncino and Acqua delle Donne (CZ), Pollitrea (KR).

The existing pinewoods derive their origin from the immense ancient forest, the Greeks’ Hyle and the Romans’ Silva, praised by Virgil, Strabo, Dionigi D'Alicarnasso and others. In the central part of this strip the larch pine is in its pure state; at the lower limit it mixes with oaks, with chestnuts and, to a lesser extent, with other deciduous oaks and various broad-leaved groups as you can see on the right side of the Lese river. Towards the upper limit and in areas with higher rainfall and therefore higher humidity, one can find a sporadic degree of mixing, or better, a juxtaposition of pine with beech. The influence of the exposure is almost always decisive, since the slopes exposed to the South are occupied by pines while in those exposed to the North beeches grow. When a coexistence of pine and beech occurs at the young age of both species, it usually happens that the pine, which has a much faster growth, exceeds the beech plants and takes over them. The remarkable differences in temperament between the two species are thus emphasized and generally the boundaries between pinewood and beech forest are quite clear and are marked by ravines, valleys and ditches and often by humid and cold places where the pine is not very widespread for the benefit of the beech and often also of the Neapolitan alder, sometimes present in formations with a limited surface, of the aspen poplar and very rare white fir-tree.

The aspen poplar is considered a pioneer species with high diffusion capacity in areas where there are gaps in the pine grove due to scarcely rational cuts or fires with consequent soil degradation. The Neapolitan alder has the particularity of possessing lumps in its roots due to the presence of an actinomycete, the Bacterium radicicola, thanks to which it can assimilate atmospheric nitrogen enriching the soil; this fertilizing power is not unknown to the Silane peasants who in the past preferred to transform the land previously occupied by the aforesaid species into agricultural cultivation. 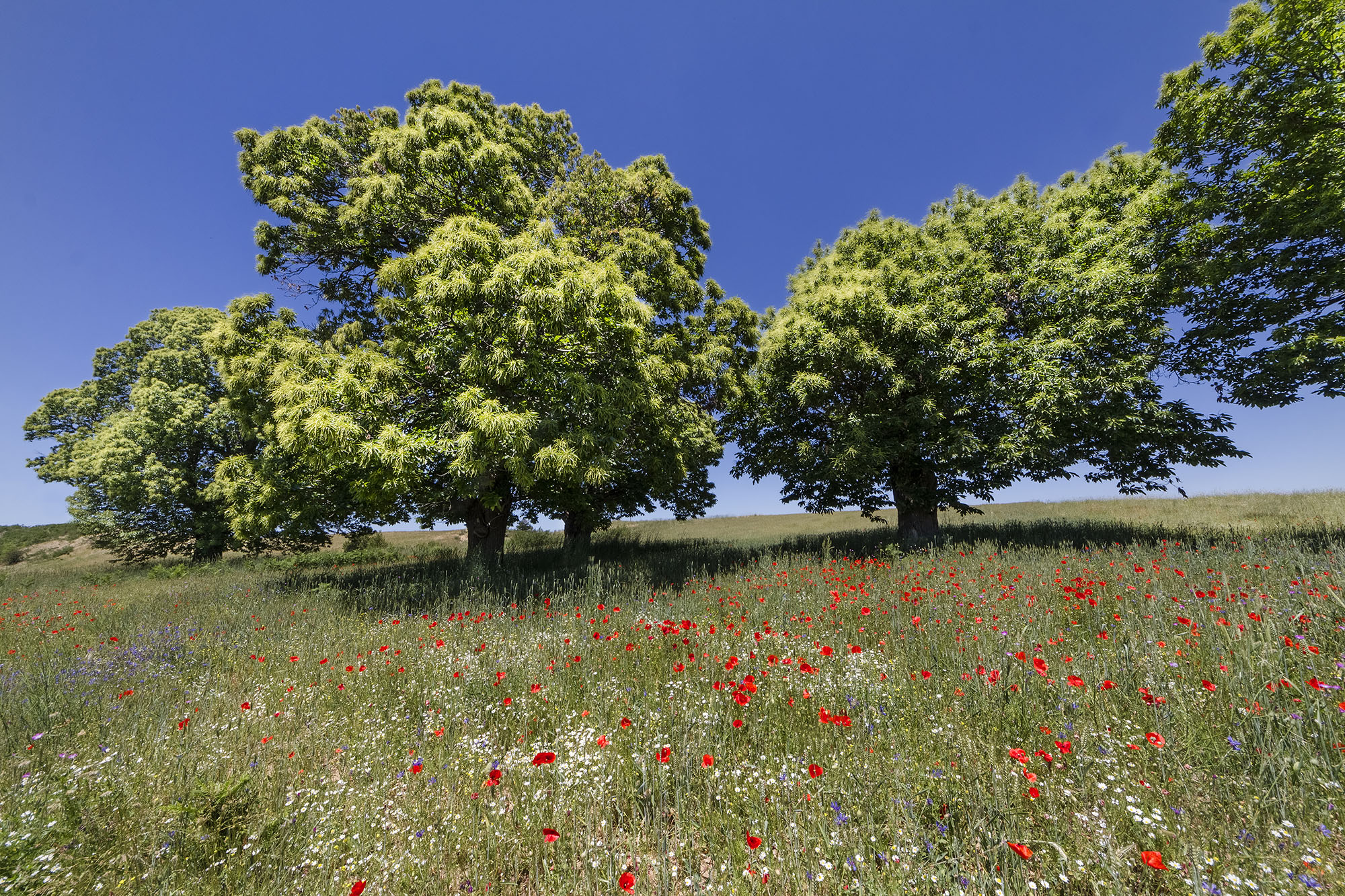 Other trees to plants

Along the main rivers and the various streams you can see extensive rows of black alder and at lower altitudes there are rare plants, single or in small groups, of priest's or fusaggine cap, of hazelnut and some rhizomatous herbaceous plants such as the "cavolaccio" and "farfaraccio" with very large leaves, up to 80-90 cm. in diameter. 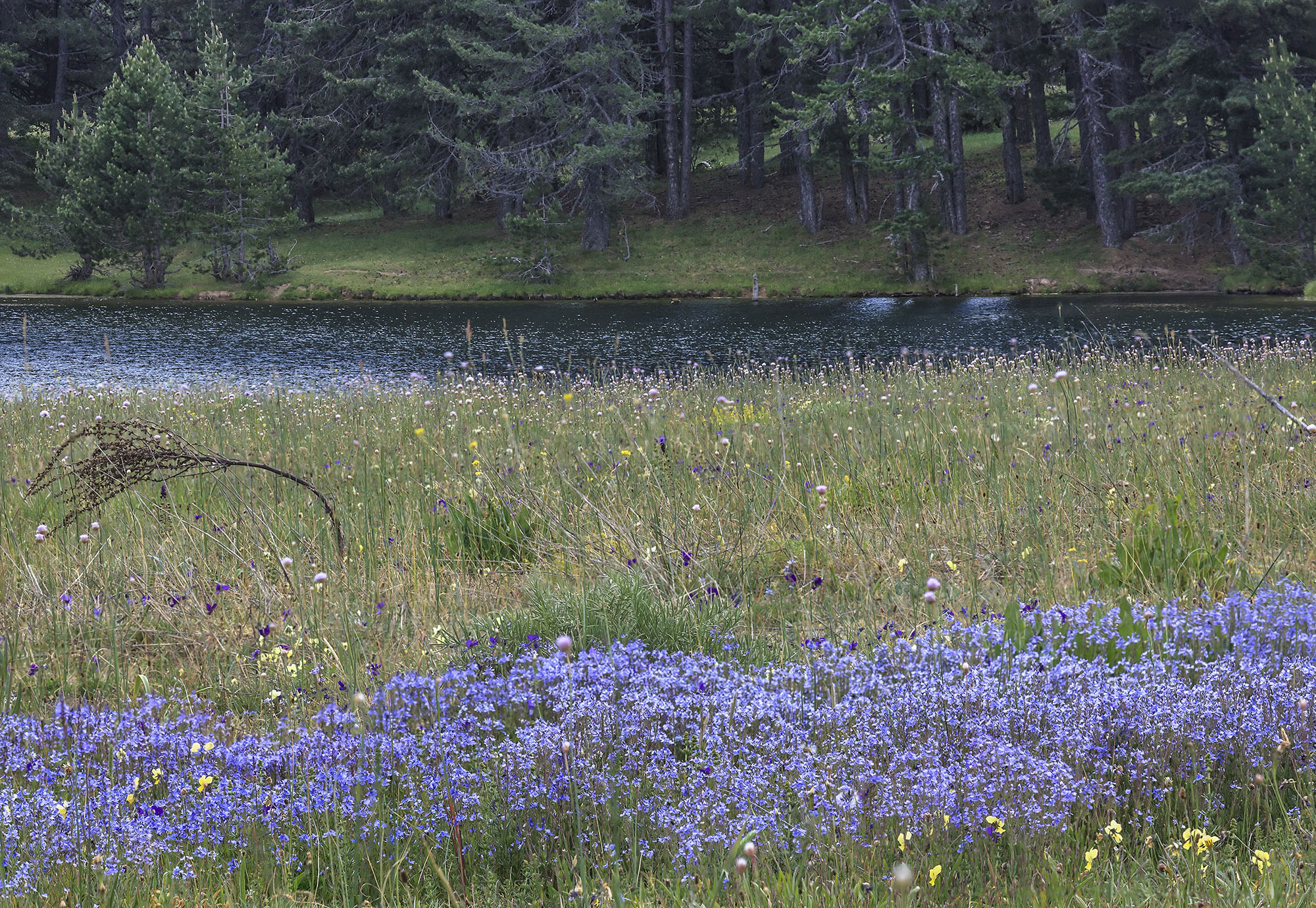 Silane pinewoods are natural monolith formations from which, in this environment, that is of relatively stable equilibrium with all biotic and abiotic factors, any other tree species are excluded; as regards the shrub and herbaceous plants that often accompany the larch pine, it seems that there is no particular association but only a fortuitous cohabitation of species from the upper and the lower phytoclimatic areas. In thick pine woods, due to the excessive shade and the harsh climate but mainly due to the thick layer of needles that accumulates on the ground, the undergrowth is very poor and there are only a few herbaceous plants among which the aquiline fern often predominates, which has always been used by Silan shepherds to make mozzarella and ricotta. In the sparse structure pinewood, the floral undergrowth increases considerably; the Calabrian fern often mixes with the aquiline fern. Among the shrubs we remember the salicone, whose bark is appetite of roe deers during the winter, the wild apple tree, the wild pear and the cocumilio (that is important for the feeding of roe deers, wild boars and birds), the hawthorn, the wild rose, endemic in the territory of the Park, and more rarely the elder and the holly (enormously used for the abundant production of seeds for the feeding of birds), the raspberry, the bramble and the strawberry (much appreciated by man for its tasty fruits and by animals for its leaves and its stems), the citisi and the broom of the charcoal burners; less common in grassy or stony clearings is the odorous broom. On the eastern Ionian side, there is also the presence of the ciavardello, white hornbeam and black hornbeam or carpinello. In this range it is also worth of mentioning the English genista, in jargon called 'ciciarella', more and more intrusive; its presence is anomalous as it is a species with an Atlantic distribution, typical of the coasts from Portugal to Denmark.

The anise and oregano are quite common in bare spaces. The composition of the herbaceous flora in the pastures and in the wood clearings reveals a clear prevalence of grasses, even though legumes and composites are well represented; these are grasslands of good productivity that with the advance of summer take on the appearance of stoppages due to the lack of rain and humidity. We pass from the driest and leanest pastures where the Calabrian astragalus abounds, to the more humid and delicate pastures where the potentilla of Calabria and the hypericum prevail.